Been There, Done WHAT!

Australian-born John Smith never accepted the status quo. He left home at 21 with £65 ($200) and a ticket to Hong Kong with no job prospects. From there he worked his way around the world, primarily in advertising, achieving award-winning financial success in the USA, sharing his life with beautiful women and stray dogs. Returning home at 36, he became a papaya farmer, dabbled in real estate and retired at 50 to live in Noosa, Queensland.

In 2009, at 69, he pursues an internet romance with a doctor in China, marries there and returns to Australia but separates 3 years later. Then he goes to Thailand, Vietnam and Laos, finds a new companion, and brings her home to another unfortunate relationship.

The book is based on disarmingly candid, entertaining emails and anecdotes, many with comic overtones, written to friends in 13 countries. John’s adventures and misadventures include: 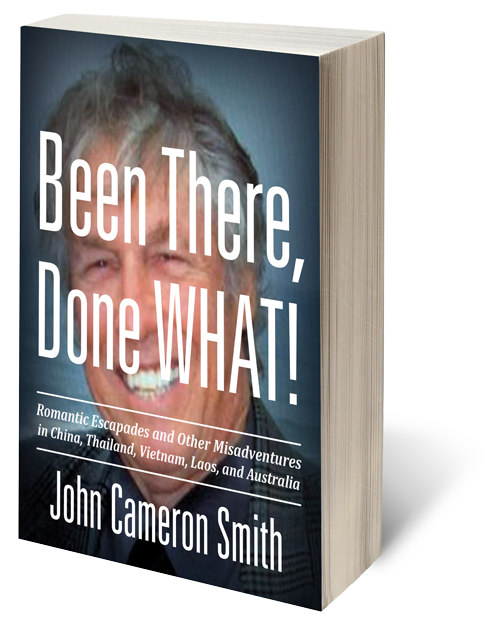 Buy the Book from the Author

Buy the Book from Amazon

Buy the Book from Barnes & Noble

Buy the Book from iBooks